It was another hot day in Jaipur, India, and the final night of an epic 4-day wedding which I was commissioned to photograph. The royal couple, Priti & Priyavrat, placed the amazing palaces of Rajasthan as their wedding backdrop, even prompting a cameo by Bollywood’s top star, Salman Khan. Over 1500 guests were treated to a variety of performances each day, including local and international artists.

One particular act caught my eyes as I scoped the stage thru my Nikon viewfinder. She was spinning in a beautiful red dress while balancing a sword on her head! It was easy to notice her elegant yet powerful moves, her muscle control and the long lines of her body. I really felt the need to photograph her, but in my own way and on my own time, not during ‘work’ hours as a wedding photographer.

I approached her during a break and showed her some of my personal work on the tiny screen of my iPhone. She fondly agreed to the collaboration and suggested we shoot in the holy city of Pushkar, where she happens to reside. When I asked her how I would actually find her, she replied with a soft but confident laugh, “Just ask for Colleena’s dance school, everybody knows me!”

Two days after the wedding and a 2-hour drive with my friend, Ellie, we found ourselves at the holiest part of the city, Pushkar Lake. I was actually put off with the location; it was full of hawkers selling everything from 'holy flowers’ to ‘lucky bracelets’. But then I noticed the many revelers who had come to seek blessings, even bathing in the holy water itself. We slowly made our way thru the chaotic streets filled with merchants, food vendors and tea stalls. Every once in a while, I would ask about Colleena’s dance school, and the same reply echoed over and over, “Just go straight until the old temple, and it’s there!”

She was right, everybody did know her.

We finally met Colleena and one of her students at the ancient temple. Personally, I love to create contrasts in my photography, even for wedding photography, so the idea of placing an elegant dancer against the backdrop of this magnificent temple had my creativity in overdrive. After an hour of shooting and with the sun slowly setting, we agreed to go back to the lake to catch the golden hour for a few last shots. 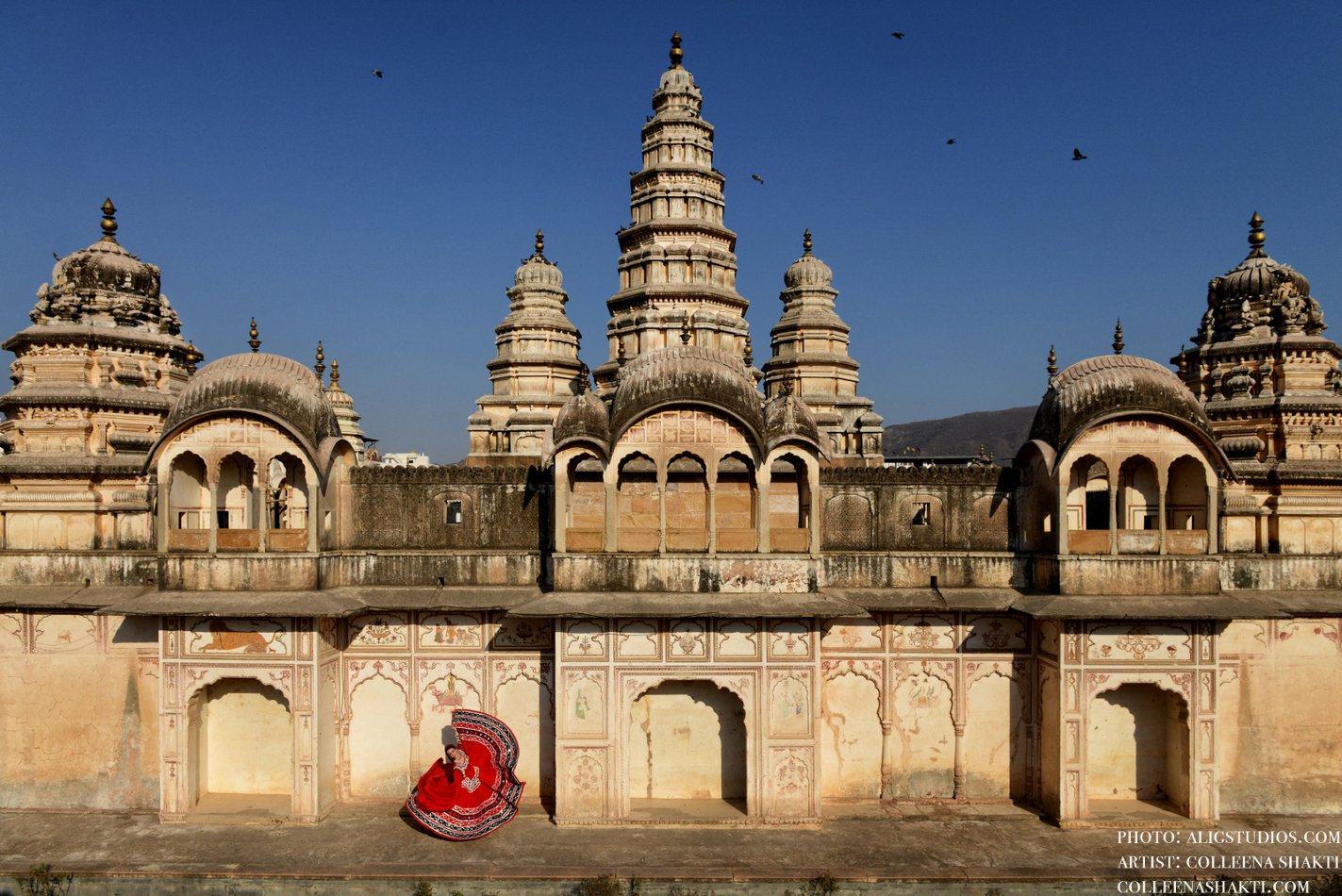 To respect the holy site, we took off our shoes before walking to the water’s edge. Being away from the swarms of people also brought about a deep feeling of peace as the sun continued to fade. After a short discussion on angles and movements, we began to shoot! The red veil contrasted against the golden sky to convey the strong connection between Colleena’s emotions and the holy city, and mother nature helped with a soft uplifting air current to finish the poem. As soon as I pressed the shutter, I knew we got it. However, I had no idea that 5 months later, the photo would be recognized by Vogue Italia.

Colleena summarized her feelings about the photo:

“I chose this location because of the feeling this place creates for me. Pushkar lake is a peaceful, inspiring place; it is believed to contain holy water. Pilgrims come from all over India to purify their hearts from sorrows and bathe in its waters. The peace and inspiration one feels while watching a sunset in the vast desert sky is how I feel when I dance - expanding with the vibrancy of life and beauty. This photo really captures the sense of freedom and expansion for me. The veil creating abstract shapes similar in nature and the pose; lifted, exalted and graceful is the onlooker reflecting that beauty.”

I had wanted to communicate Colleena’s skills as a dancer, as well as her devoted emotion for the town that inspires her art form. Therefore, it’s a great honor that Vogue selected and recognized our work. More about Colleena can be found on www.colleenashakti.com and for any enquiries on creative collaboration, please contact me here. 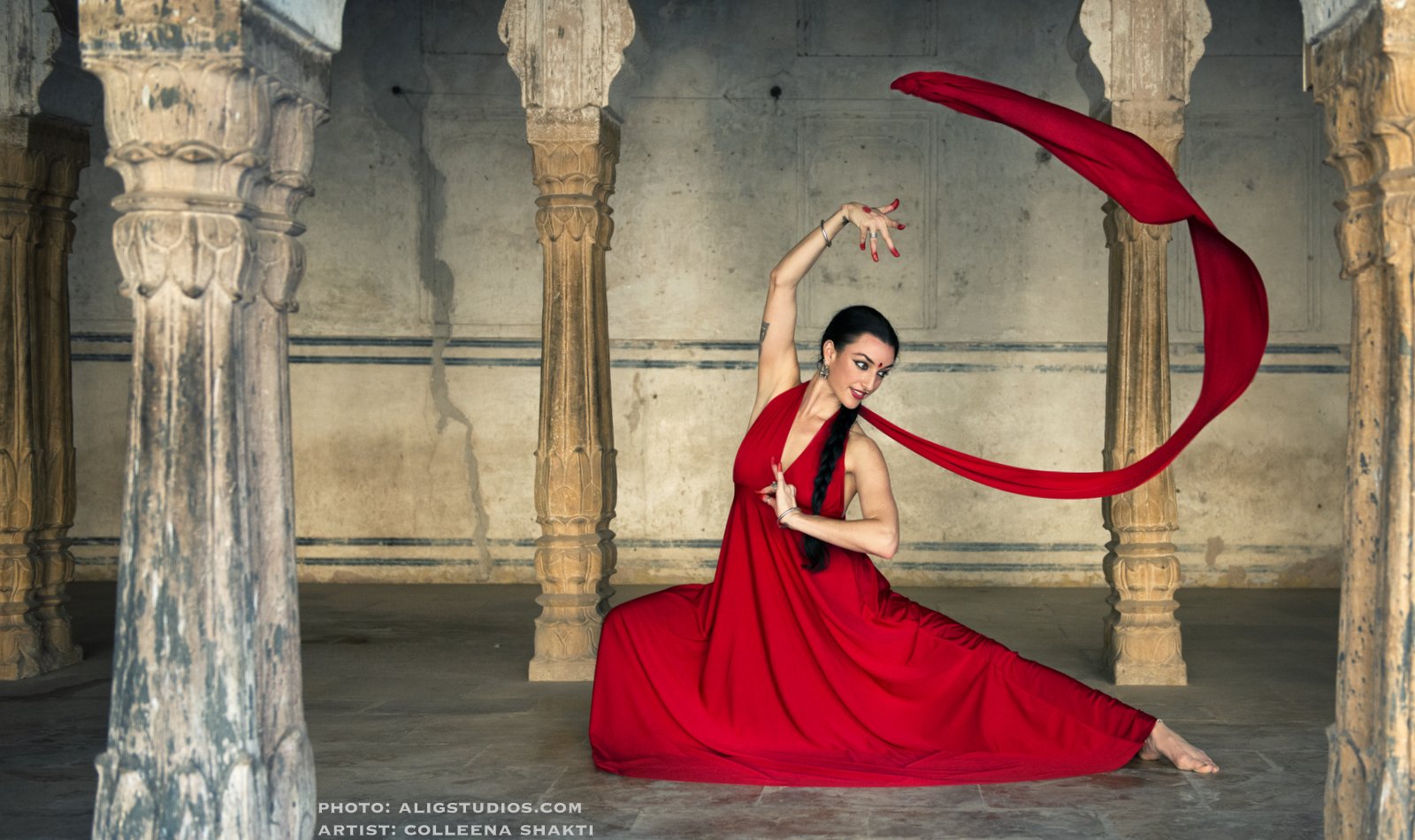 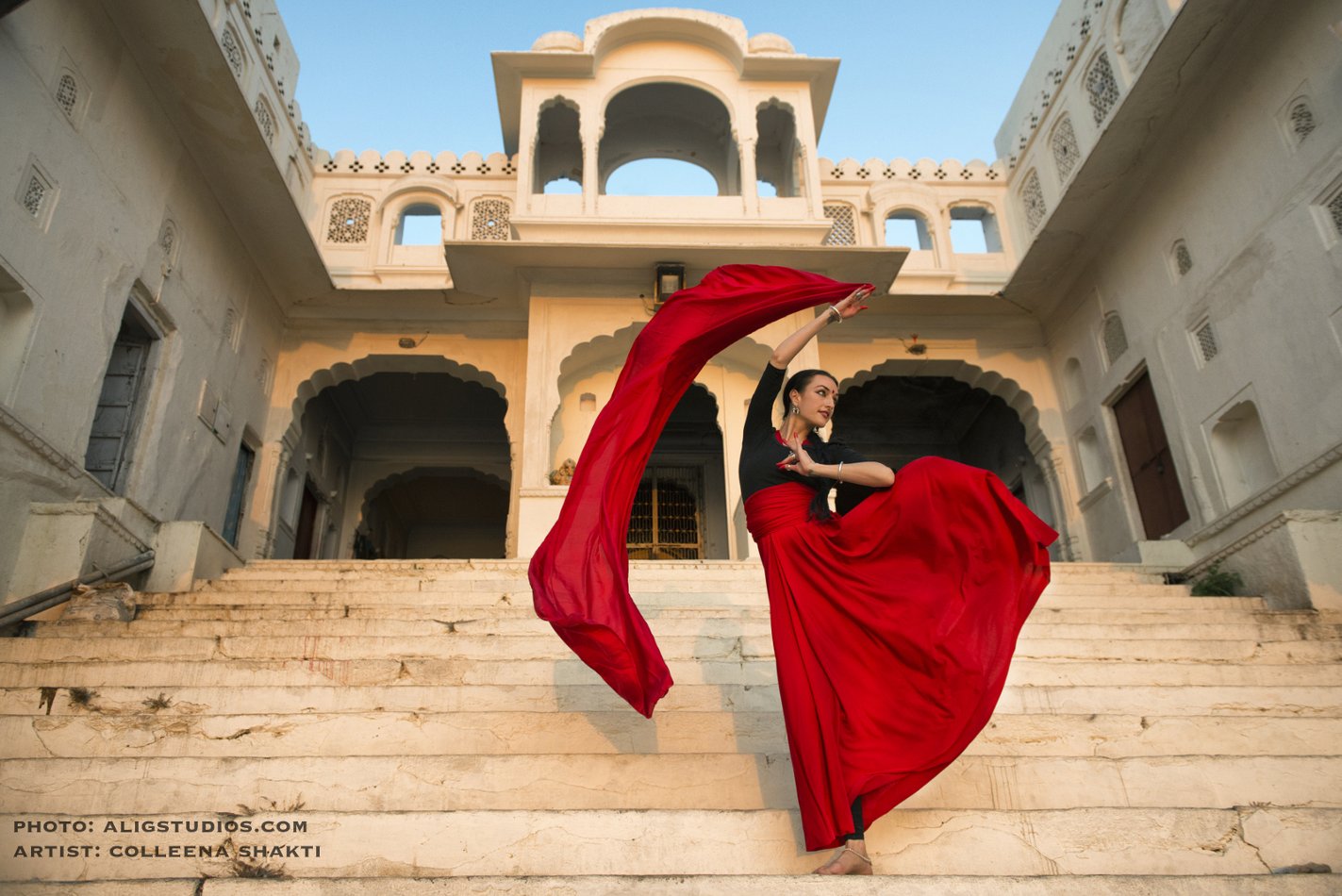